Ideas, do they just seem to “Come” to you.  They usually happen when you are
driving, working, walking the dog, or doing almost anything.

How can I create ideas from scratch is one of the most commonly
asked questions that is asked by individuals, business people, and
most anyone who thinks!

First let me tell you that almost 100% of ideas (well, 99.997% anyway)
are created out of an existing idea. New things lead to newer things.
You know, the “Build a Better Mousetrap” thing.

When you are having one of those “How can I create an idea from scratch” moments
when you when you are searching for that new idea, you will want to explore:

1.Look at things that are related to what you are doing.

You will find ideas from seeing related items or ideas. Remember that all you need is the idea,
to create an idea, and an offshoot of something can easily be turned
into what you need.

When you create ideas from scratch, you want to be able to relieve the itch!
Keep your senses tuned up.

2.Don’t let the unusual escape you.

Sometimes the most unusual thing will lend itself to morph its way into something really useful.

3. Don’t discard ideas that you think are useless – they usually are not.

Remember, ideas self-seed, and may look dead one minute, but have many leaves the next.

There is usually no such thing as an “Instant Idea”. We sometimes have a “Moment” where our brain
will kick something out at us that may resemble something like “Instant”,
but usually it is something that has been trolling around in our mind for a while.

creating ideas from scratch is not really what happens,
but it often seems like it because what you end up with is
not usually what you began with, and it often feels like a “Scratch” job,
because it just “Feels” new.

Doing my best, so that you
can do yours.

Idea creation for the internet marketer

Ideas do not normally come easily for most people.
When working on idea creation for a project, or
even something as simple as a blog post such as this,
you need to be able to come up with ideas almost
on demand.

The first thing that you need to do when beginning
a project or a blog post is to decide who you are
wanting to target, or who is going to use, or see,
your end result.

Now For Your Audience!

After you have decided who your audience is, then
you will continue to make decisions such as when
do I need to have this project done, or how much
time do I need for this project. A major project
will usually take up more time than a blog post.

Now you will want to begin using your idea methods
to make your project or blog post come into being.
For the sake of time I will focus on just a blog
post, but the same principles apply to creating
any project.

Now, you want to decide what to title your post.
Will you promote something? Do you want to explain
something? Asking questions will lead to answers.
If you just try to come up with ideas, you will
most likely come up empty-handed, or with sub-par
ideas with little value to you.

1. Focus your attention on what is most important.
What is the main point of your blog post? Start with that
and work your way out from there.

2. Take at least three (3) ideas
from your main point and explain them.
You now have most of your post created.

3. Organize each of the offshoot ideas.
You can order them as to importance, or just leave
them randomized. Add a few facts and you have
your blog post finished. 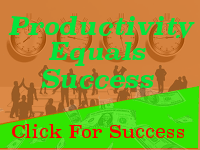