Traffic Jam on your "Bread"
- The Money Spread

Once in a while there is so much interest in a topic, that people will
click on a link (which may be on thousands of web sites), and what
happens is that the servers just cannot handle the traffic that is
generated.  This creates an internet Traffic Jam.   The word Bread
was once used as an expression that meant “Money”, so we will take
a look at how the kind of traffic you get to your web site affects
how you make money.

This is usually called Going Viral.  This can be done with a blog post,
a web site review, a video, or almost anything that is of high interest
to the majority of internet readers and viewers.

Getting something to go viral is every internet marketer's dream.
It seems that some people just have a knack for creating these
viral traffic jams, and other people can't get people to their web site
no matter what they try to do.

How is it that one person can create an internet performance that
attracts tons of visitors, and others can't seem to gather any interest,
or visitors?  Is it that so many people just have bad ideas?  Are most
of the people who want to get eyes to their web site just not
smart enough to get people interested?  On the contrary, most
people who are putting up web sites are actually pretty smart.
So, why doesn't anything that they try work to get visitors?

Maybe you are one of these people who are struggling to get traffic.
Is your dream to get something – anything, to go viral?  If so, what
affect do you think that it will have on the money that you will make?

If you are lucky enough to get viral interest in something that you
put up on a web site, then you will be getting literally thousands of
people coming to your site, in a very short span of time.  This may
not have the affect that you would like.  If your web host is not equipped
to handle such a large amount of web site traffic, then your site may
actually be shut down.  You now lose any advantage that you had
if what you put up does go viral. 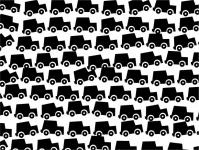 Trying to make a lot of money online is really difficult, but making
a steady, liveable income can be done much easier .  Marketers need traffic;
most marketers want a lot of traffic.  When you get viral traffic, you get
a lot of people looking at what you have put out on the internet.  Some of
these people will probably be interested in signing up to your mailing list.
This will be a very, very small percentage of those who come to your web site
to see what all of the commotion is about.

For those just wanting a lot of viewers, then Social Media is a
great way to get eyes to your web site if you have a really "HOT"
item.  Videos seem to get the most viral attention.  It is usually
some pet doing something really crazy, or some young person
who manages to do something out of the ordinary.

One such viral post was a picture of a cat that chased a black bear
up a tree.  The picture shows this little orange cat sitting at the
bottom of the tree looking up at the bear (hugging tightly to the tree).
"Cat Trees Bear".

A video that went viral was showing a very young boy (around 6 years old)
lifting an amazing amount of weight.  If I  remembercorrectly, it was over 100 lb.
but it is more than I can lift.  So, if you have something that is not staged,
and is either funny, unusual, or just plain weird, you just may have
a viral "Winner".

What marketers really need, and want, is Targeted Traffic.
Targeted traffic is traffic that is interested in your information
and your offers even BEFORE they come to your web site.
This is your Money Traffic that will make money for you on
an ongoing basis.

Doing my best
so that you can do yours.

This is the bottom slider area. You can edit this text and also insert any element here. This is a good place if you want to put an opt-in form or a scarcity countdown.